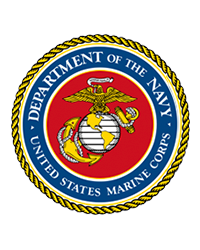 Born in Plainfield, New Jersey, “Bill” was predeceased by his father William G. Schmal and mother Helen Wyss Orr. He enlisted in the U.S. Marines at 17 and served for five years, eventually achieving the rank of Sergeant and Tank Commander during the Korean War in the 1st Marine Division, where he sustained injuries in the Chosin Reservoir battle, considered the “Iwo Jima of the Korean War.”  After returning to civilian life, Bill began his career in real estate and ultimately started a business that created more than 35 housing developments across New Jersey. Bill served as a former Chairman of the North Branch Assessment Commission, as a member on the Advisory Board of Directors for the Raritan State Bank, the Masonic Temple of Azure Lodge, in Cranford and the Somerset 200 Club. He was also an active supporter of the Chosin Few, a veteran organization whose members reunite each year to honor the many who sacrificed so much at the Chosin Reservoir battle.  Bill was a generous patron of two causes near to his heart, The Sioux Nation Relief Fund and the Marine Corps Heritage Foundation. Bill was predeceased by his brother Robert H. Schmal and his son David Schmal and is survived by his daughters Jennifer Yowonske and Melinda Rogich both of Florida, Betsy Craz of New York, and Carol Schmal of California; grandchildren Justin Lamb, Cynthia Wyatt, Erin Wyatt, Brittney Williams, Ashley Nuschy, Perry Craz and Geoffrey Craz, Brianna Yowonske and Kristin Yowonske and grandchildren Darien Wyatt and Gannon Wyatt.  A service will be on Saturday, October 23 at 1pm at the North Branch Reformed Church, Bridgewater.  In lieu of flowers, please consider a donation to the Wounded Warriors Project.

Arrangements are under the direction and care of Aftercare Cremation Service, 729 Rt. 18, East Brunswick, NJ 08816.

To order memorial trees or send flowers to the family in memory of William Schmal, please visit our flower store.