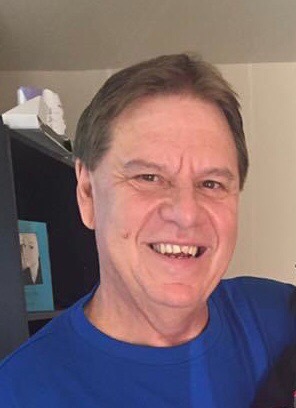 Robert Joseph Silvia Jr, 62, passed away peacefully in his sleep on January 20th 2021. Born in Jersey City on October 15th 1958, Robert attended Cedar Ridge Highschool in Old Bridge. Out of high school he became a union worker before going on to become a master carpenter, taking over the family business of SNS General Contracting. Robert loved working with his hands, creating, building and even teaching himself to play guitar. He was especially fond of playing The Rolling Stones, The Beatles and The Eagles.  He was also well known for his skills in the kitchen and always enjoyed cooking his famous lasagna for his family and friends. Robert will be remembered for his big smile, fun spirit and his contagious sense of humor. His ability to make anyone laugh was undeniable. Robert was very proud to be a Pop-Pop and the smile on his face was always biggest when spending time with his grandchildren. He is survived by his son Robert Silvia, daughter Elizabeth Silvia and granddaughters Riley McKenna and Violet Silvia. He is also survived by his brothers Anthony Silvia (Laurie Silvia), Joseph Silvia and nieces and nephews. He is predeceased by his father and mother Robert Silvia and Dorothy (Malachowski) Silvia. A memorial funeral mass will be held on Saturday January 30th at 11am at The Parish St. Thomas More, 186 Gordons Corner Road, Manalapan, NJ 07726

Arrangements are under the direction of Aftercare Cremation Service, 729, route 18, East Brunswick. NJ 08816. Cremation was private.

To order memorial trees or send flowers to the family in memory of Robert Joseph Silvia, please visit our flower store.
Send a Sympathy Card