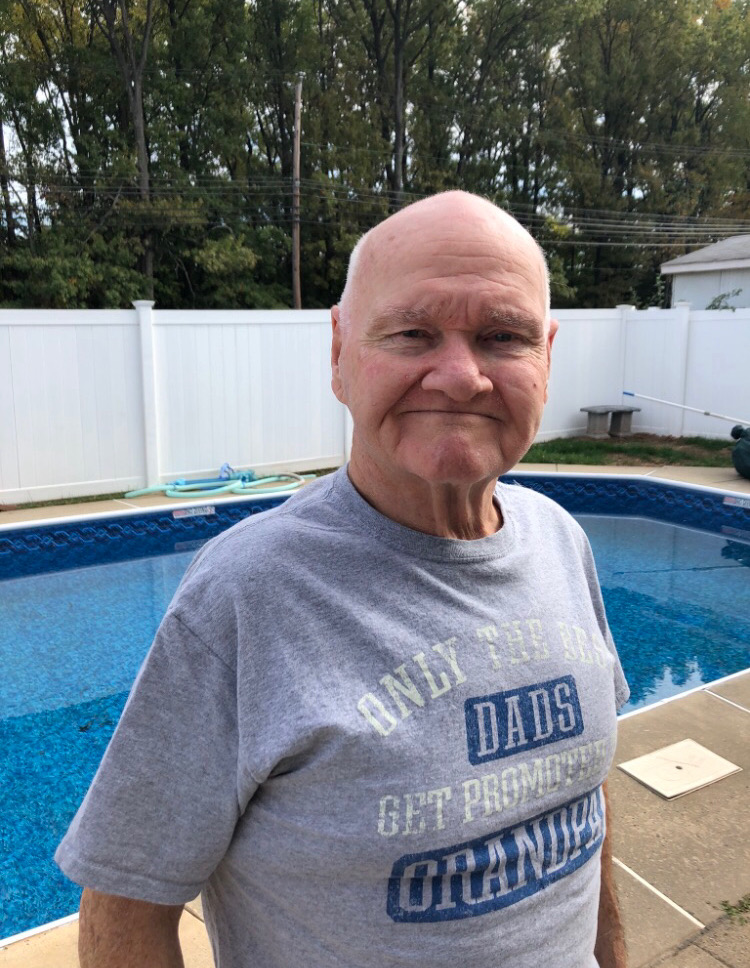 John Robert Milevoi, Sr., 80, of Perth Amboy died on Wednesday, April 13, 2022.  He was surrounded by his beloved family as he took his final breath.
John was born in Jersey City in 1941 to Mary (O’Neil), and grew up in Hoboken with brothers Billy, Sonny, and Michael.  He joins all of them, and his sister-in-law Margaret, in heaven now.  He is survived by their spouses, Louise of North Carolina and Arlene of Pennsylvania.  John had a very special relationship with Sonny and Louise’s family, and adored Suzanne and her husband, John, and immensely enjoyed his great-nieces and great-nephews Rachel, Joseph, Andrew, Phillip, and Lydia.

John is pre-deceased by his comp, Louie Zampella and best friend/honorary sister, Michelle Butka.  We sincerely hope they are all together again, playing slots side-by-side at the big casino in the sky.  He is survived by his best friend/honorary brother, Richard Butka, god-daughter Nicole, and honorary nephew, “Little Richie,” and their families, who will always be family to us.

John is survived by his beloved wife of nearly 55 years, Michelina Josephine (Jolene nee Romano), who he met in 1962.  John sure loved his lady, and was her true partner in life for 60 years.  He was adored by his in-laws from the start and worked many years in the family restaurants tending bar at Villa Romano’s in the early years and Zampella’s in the later years.  He is survived by beloved sister-in-law, Frances Zampella, brother-in-law, Michael Romano and his partner Anne Marie Hayes.  He loved his nephew, Louis, and niece, Angela as they were his own children and was so proud to watch them excel as athletes throughout their lives, cutting out and saving every newspaper mention he found.

By far, the greatest pride and joy of John’s life is the legacy of the family he and Jolene created together.  He was a quiet, soft-spoken man but his single-pointed focus on his children, grandchildren and even grand-doggies was a loud-and-clear message that couldn’t be mistaken.  John loved nothing more, as evidenced day one as he retired from playing semi-professional football when his firstborn arrived, to ensure he’d remain a healthy and uninjured Dad.  He worked tirelessly to support his wife and 5 kids, John Jr., Michael, Christopher, Michele, and Gregory, as a Teamster with ABF Freight on the night shift, as sous chef off-shift for Jolene’s weenie wagon, and often bartending nights, weekends and holidays at Zampella’s.

John loved the holidays.  All of them.  But especially Christmas.  This is where his playful and generous spirit consistently displayed.  He loved every part of holiday joy-making and was in charge of the decorating and present-wrapping.  He loved shopping for and giving presents, and he especially loved hiding them all in the basement to pretend like Santa didn’t come and then “surprising” us when he found the mother lode.  He made sure to include everyone he could in his giving, even the mail carrier.  He was also the assistant cookie maker (and tester).

John was thrilled to celebrate the expansion of the Milevoi family when Michael married Susan (nee Tulko) in 1995 and Christopher married Cherie (nee Engesser) in 2004.  He was overjoyed and so very proud as each new beautiful Milevoi baby was born.  He retired at 62 to babysit them full-time, which he did for 13 years, right up until the day his health began to falter in 2017.  He felt blessed to spend as much time as he possibly could enjoying the special kind of relationship only the greatest Grandpa of all time could possibly have with each of them, and frequently stated that his goal was to live long enough to watch Lauren, Victoria, Michael, Julia, Christopher Jr. (aka Freddy), Gracie and Brady graduate from high school.  His love for them, and theirs for him, is what kept him in the optimistic state of mind that enabled him to overcome challenge after challenge over the last 5 years.

Even when he was pummeled with one health crisis after another, John was always the medical staff’s favorite patient in every hospital and doctor’s office – his kindness, resilience, and strength were marveled.  John also maintained and expressed tearful gratitude to all who cared for him, especially his loving wife and children.  He was so fully loved, and he loved so fully.  Nothing made him happier than that, and he made everyone feel like his favorite.  Many of his descendants and relatives will debate until the end of time who really was his favorite, but we all know, it was always all of us.  His heart was that good and that big.  May he rest in peace with the satisfaction of having lived a life so full of love.

A Poem for Grandpa by Gracie Milevoi

I wish I had more time with you
More time when you were happier and healthier
I wish you knew how much I love you
I know you love me too
I wish I could hug you when you are out of the hospital bed
As I saw you lying there so sad
something went to my head:
You were not happy lying there so alone
Now you can be with all of your family
and you can go home
You were here for all of us and you protected us so well
Now you can watch over us and see how we all grow
into the people you hoped for and you will love so very much
because though my heart is aching, I will always know,
that you will stay forever in my heart
And the memories we have will be there too.
I will look back at the things I might've forgot.
And I will remember how much we all needed you.

To order memorial trees or send flowers to the family in memory of John R. Milevoi, please visit our flower store.
Send a Sympathy Card