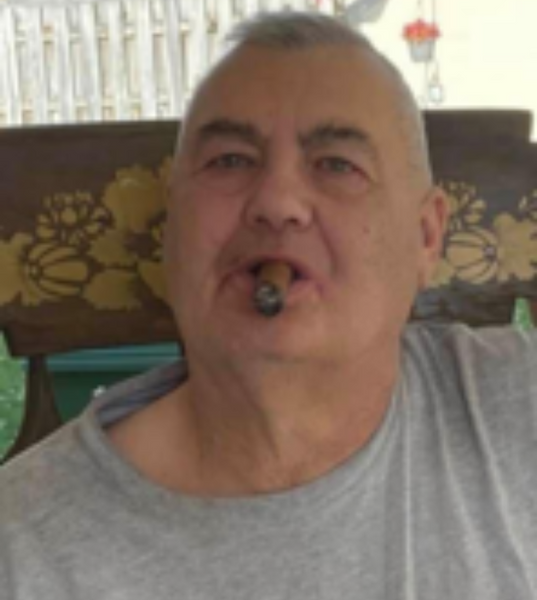 Gerald R. Osmond of Sayreville, NJ, passed away peacefully at the Roosevelt Care Center in Old Bridge, NJ on December 20th, 2021. He was 69. Born in Elizabeth, NJ, he then resided in Rahway and Toms River before settling in Sayreville. Before his retirement, Jerry worked in the family business of O.J.O dump trucks in Parlin. Jerry liked to smoke his cigars and play craps in Atlantic City and Las Vegas in his spare time. The neighbors will miss Jerry sitting on the porch in his rocking chair and smoking his cigars all hours of the day and night. If you know Jerry, you would know that he would not want a big fuss over him and instead would rather you remember the good times. We have followed his wishes and he will be cremated privately.

Jerry is predeceased by, his mother, Blanche and father, Otto; brothers, Richard and Ronald; sisters, Margaret “Peggy” and Susan; widow of Glenda “Kay.
He is survived by, brothers, James and George; daughters, Tammy Taylor and Gerri Lynn Alterio; grandchildren, Theresa, Allison, Austin, Albert, Morgan, Maria and Aiden; great grandchild, Ryleigh and many dear friends.
Family and friends can light a candle as a loving gesture for their loved one or show support by leaving a sympathy message to the family in the guestbook on this memorial page of Gerald R. Osmond. Arrangements are under the direction of Aftercare Cremation Service, 729 Route 18 South, East Brunswick, NJ. Cremation is Private.

To order memorial trees or send flowers to the family in memory of Gerald R. Osmond, please visit our flower store.